6 Places to Visit in Pune

Pune, referred as the cultural capital of Maharashtra, is situated around 560m above sea level on the western margin of Deccan Plateau. A hilly city, with its highest hill, Vetal Hill at around 800m above sea level. It is located at the confluence of Mula and Mutha rivers. It has many pilgrimage centres, heritage towns and leisure destinations. Pune being culturally active, there are programs of classical Indian or Western Music or dance and shows of Marathi Theatre at Bal Gandharva Auditorium.

How to reach Pune?

Pune is well-connected by air, rail and road to major cities of India.

By Rail– Pune being a major junction is linked well with major cities of the country. If you are in Mumbai and you wish to board a train, then you have many options to choose. Deccan Queen, Deccan Express, Indrayani, Pragati and Shatabdi are regular trains that run between Pune and Mumbai every day.

By Bus/Cab– Government and private buses regularly ply between Mumbai and Pune. Buses can be taken from Pune junction bus stand or at Shivajinagar station/bus stand.Taxis/cabs can also be hired. Some other cities near Pune are Ahmednagar (115km), Aurangabad (215km), Nashik (210km), and Kolhapur (233km) which are accessible by road.

By Flight– Pune airport is located in Lohagaon area around 10kms. From the heart of the city. You can take a cab or a bus service to reach the city.

Empress Garden– located near Pune Race Course at Wanawadi, near Camp, Pune. History states that in the British era, it was known as ‘Garden of Dr.Don’ under the possession of Sir Charles Napier. Later, this botanical park was named ‘Empress Garden’ in the honour of Queen Victoria after she won the title of ‘Empress of India’. This garden became famous among British soldiers as they came for recreation purpose. In 1892, Empress Garden was bought by the Bombay Government. It was then handed over to Agri-Horticultural society of Western India.

In contemporary times, it has become a favourite amongst locals and tourists who throng this garden for peace and serenity.  The garden is open from 9.30am-6.30pm. 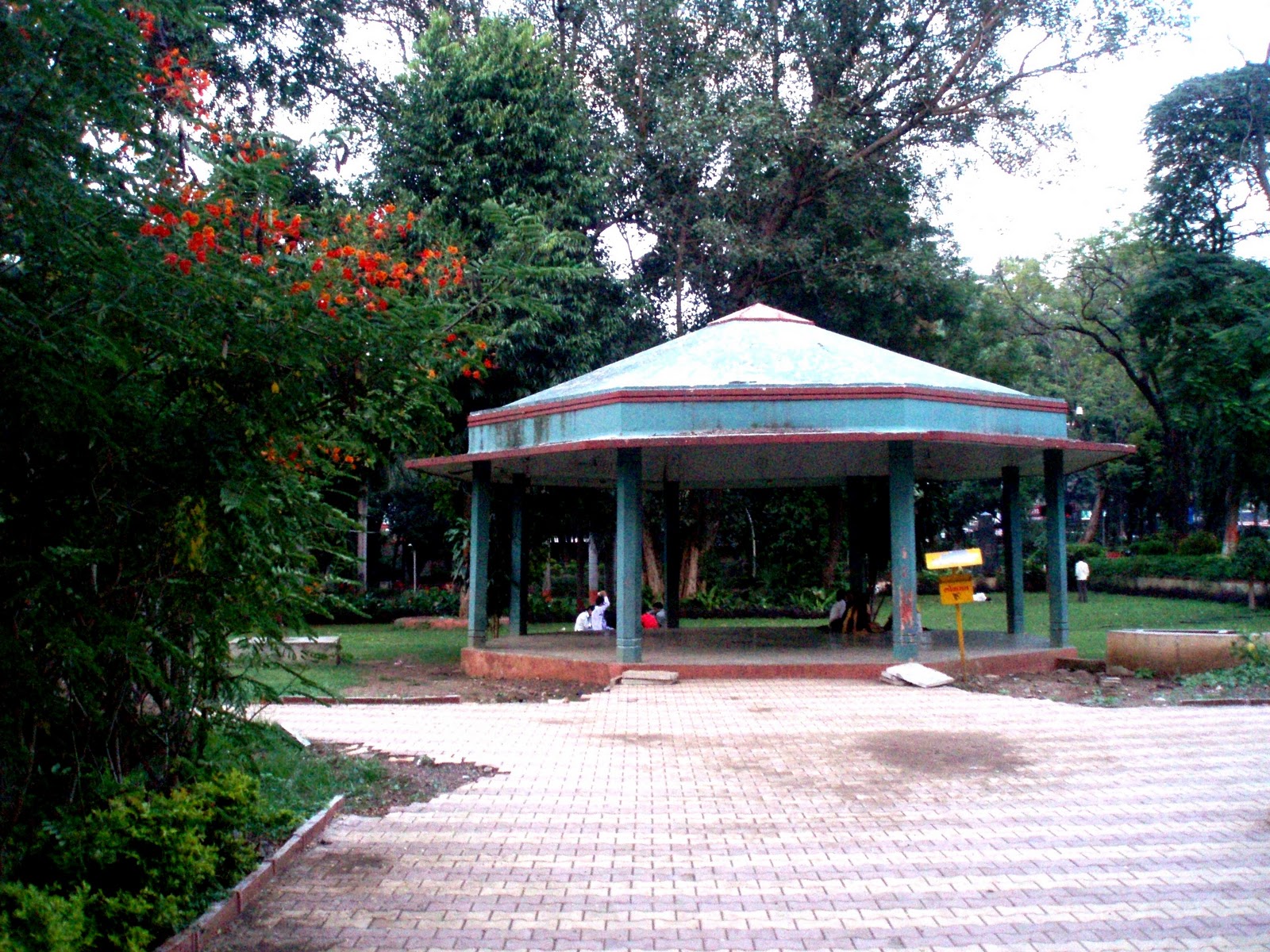 The Bund Garden is among the most admired gardens of Pune. It is a strong symbol of Maharashtrian culture and lifestyle. The park is clean and has many flower beds and bushes. The tall coconut trees adjoining the centre of this place make the garden, attractive and stunning. The plants are exquisite and the bushes are well-trimmed.

If you are in Pune, do not miss out on a walk through the Ashram garden. It won’t require much time but worth an experience. The ashram is maintained very well, especially the garden. There is also a statue of Osho and artificial waterfalls to add a mystic touch to the place.

A very peaceful place… long stretches of green… great to walk around… no one to bother… peace and tranquillity!

Aga Khan Palace-This palace has five halls and large verandahs. The architecture is Islamic with hints of Italian art in its arches. It was built by Sultan Mohammed Shah, Aga Khan II.

It served as a prison to leaders like Mahatma Gandhi during Quit India Movement in 1942 and is therefore also known as Gandhi National Museum. It serves as a memorial of Mahatma Gandhi’s wife.

National War museum The museum built-in 1997 serves as a memorial for Indian soldiers who were martyrs of the nation. It is situated in Pune Cantonment. The museum has on display arms, uniforms and personal mementos.

Shinde Chhatri (Marathi : शिंदे छत्री), located in Wanawadi, a well known place in Pune, India, is a memorial dedicated to the 18th century military leader Mahadji Shinde who served as the commander-in-chief of the Maratha army under the Peshwas from 1760 to 1780. It is one of the most significant landmarks in the city and is reminiscent of the Maratha rule. It is a hall that marks the spot of Mahadji Shinde’s cremation on 12 February 1794. The three storied memorial bestows a daunting look of past splendour, representing the rich heritage of that era beautifully. The regal entrance gate made out of iron shines till date. The exterior is captivating and has intricate and detailed carvings
(Image credit- Bikashrd-Wikimedia Commons)

Shinde Chhatri– The Chhatri or hall has carvings and painting along with a gallery in it. There are paintings and photos of Scindia family. It is a memorial for Maratha leader, Mahadji Shinde.

While in Pune, you could also travel to the heights and hues of Western Ghats to Khandala, Mahabaleshwar and Lonavala.

You can find this article on GPSmycity.com

Monasteries with most beautiful architecture in Sikkim

Top beaches of the world- Part 2

Flat 20% Off Sitewide On Mother's Day